Do you destroy and recycle securely!

There are ways to ensure that not only hardware is destroyed but also the private data on the hard drive. Having your personal or customer data stolen, lost, or misplaced contributes to the ever-growing number of people who are affected by identity theft, which can cause corporations to lose more than just money  . The image of a company that holds secure data, such as banks, law firms, pharmaceuticals, and credit corporations is also at risk. If a company’s public image is hurt, it could cause consumers to not use their services and could cost millions in business losses and positive public relation campaigns

What can identity thieves do?

Once someone else gets hold of your personal information, they are actually able to do a large amount of different things with the information. The most common types of crime are ones which are considered to be financial fraud, such as credit card fraud, bank fraud, tax rebate fraud, benefit fraud and telecommunications fraud.

Identity thieves can also use your identity when they commit other crimes, such as entering (or exiting) a country illegally, trafficking drugs, smuggling other substances, committing cyber crimes, laundering money and much more. In fact, they can use your identity to commit almost any crime imaginable in your name.

What are the consequences for the victims of identity theft?

Although none of the victim’s personal possessions may have been taken, there can actually be a number of large and serious consequences for victims. If a criminal has used another person’s identity to commit a crime, this can put the victim under police suspicion. The victim may find themselves being investigated as part of a criminal investigation, and in some cases they may find it difficult to prove their innocence.

People who are the victims of financial fraud can also have a lot of issues come their way. If a person uses your details in any form of monetary transaction, you could end up being saddled with debts. In most cases, if you can prove that the debts are not your responsibility, then you will not be liable for them, however it can also be very difficult to prove that you are not at fault. Even if you manage to absolve yourself of responsibility for the debts, removing incorrect information from your credit score can be even harder.

Whilst credit agencies are supposed to remove incorrect information, they often move very slowly when doing so. By the time that the information has been corrected, you may have already been rejected for a number of credit opportunities. Anyone doing a credit check on you in future will then see these rejections, and this may affect their credit decisions. This could make it very difficult for you to get a mortgage, a new credit card or a loan. Some people even have trouble getting a new phone contract once they have a black mark on their credit rating. Most credit agencies will put a notice of corrections on to your credit file, but people who are doing a quick credit check may not notice this. It is therefore important to spot identity theft as early as possible.

While identity theft is still a serious crime, victims are rarely harmed physically, unless the theft has come as a result of a mugging or similar physical robbery. If you were the victim of a violent crime it is possible that you could have been left psychologically or physically affected (or both) as a result. If this is the case then a victim might have some comfort in the knowledge that they could potentially make a criminal injury claim for compensation.

Is it possible to stop identity theft?

Methods of identity theft evolve rapidly as new mediums (such as social media) develop quickly, so it is almost impossible to completely prevent identity theft, however it is possible to reduce the likelihood of being a target by taking certain precautions. Take care to protect your data by being aware of your privacy settings on social media. Be aware of suspicious emails which may be phishing for data. Completely destroy all documents containing your personal data, paper or electronic rather than just discarding them with the rest of your rubbish or giving your old computers to an unregister company.

It is also about keeping the planet clean

Computer components contain many toxic substances, like dioxins, polychlorinated biphenyls (PCBs), cadmium, chromium, radioactive isotopes and mercury. A typical computer monitor may contain more than 6% lead by weight, much of which is in the lead glass of the cathode ray tube (CRT). A typical 15 inch (38 cm) computer monitor may contain 1.5 pounds (1 kg) of lead[4] but other monitors have been estimated to have up to 8 pounds (4 kg) of lead.[1] Circuit boards contain considerable quantities of lead-tin solders that are more likely to leach into groundwater or create air pollution due to incineration. The processing (e.g. incineration and acid treatments) required to reclaim these precious substances may release, generate, or synthesize toxic byproducts.

Export of waste to countries with lower environmental standards is a major concern. The Basel Convention includes hazardous wastes such as, but not limited to, CRT screens as an item that may not be exported transcontinentally without prior consent of both the country exporting and receiving the waste. Companies may find it cost-effective in the short term to sell outdated computers to less developed countries with lax regulations. It is commonly believed that a majority of surplus laptops are routed to developing nations as “dumping grounds for e-waste”.[6] The high value of working and reusable laptops, computers, and components (e.g. RAM) can help pay the cost of transportation for many worthless “commodities”. The laws governing the exportation of waste electronics are put in place to stop “recycling companies” in developed countries from shipping their waste to 3rd world countries as working devices; they are never working devices. The 3rd world workers scavenge specific items with selling value and throw the rest away to rot and become a health hazard in their own backyard.

You have so much to lose, destroy responsibly 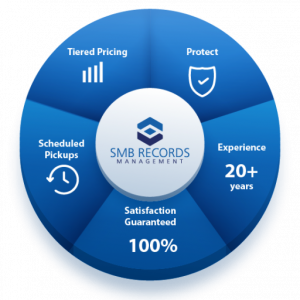 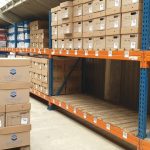 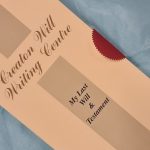 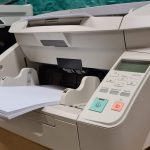 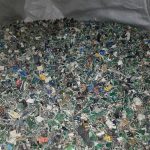 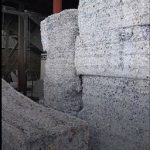 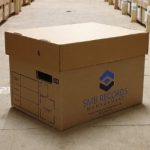